A talk with Benedetta Tagliabue

Would you like to tell us about your passion for architecture? How did it develop?

I think it started gradually, also with a bit of analytical thinking. I used to enjoy drawing, I liked math and scienze, but most of all I wanted to get to know the world and to me architecture was a tool by which to deepen into its issues. When I started university I thought I had chosen the wrong major, but then I got passionate about theory and thoughts, I tried a lot of things… and the most beautiful thing I’ve found was Enric Miralles, who then became my husband. So I combined passion for work with the personal one.

What’s the history of Miralles Tagliabue? When did you realise it was the right time to open a new venue and why in Shanghai, China?

Me and my husband opened the studio together because there was no other choice, it was our life, and the years we spent together have been really intense. Enric died in 2000, but I kept on working as if he was right next to me, because I knew what he would have thought, I knew that I had his connivance. There was always his presence.

I love China since I was eighteen years old because I had a trip that deeply touched me. At some point, in 2002 I’ve been asked to take part into an Olympic jury. I remember laughing because I though it was a joke, but I actually became part of an incredible group with the greatest architects in the world and from there, little by little, things started to work for me in China.

How do you reconcile your career as an architect with that of university teacher? Is there a figure you feel mostly attached to?

I identify myself more as an architect, as a person who enjoys doing things. I feel really self-made. As a professor, I try to convey this desire of inventing possibilities, paths and methods. I try to lead and invite students to investigate, sometimes also into the unknown. In this sense, our studio is very similar to university.

Me and my husband opened the studio together because there was no other choice, it was our life, and the years we spent together have been really intense.

You worked on the project of Kālida Sant Pau with Patricia Urquiola. How did the collaboration develop? What were the sources of inspiration?

Patricia Urquiola is a great friend of mine and I respect her abilities, her creativity and her sympathy. Once, while we were talking, she told me that se was very happy about her professional situation and achievements, but she felt the need of giving to others. I had been working on Kālida Sant Pau for years, which was quite difficult because it was a charity project, and I thought it would have been wonderful to involve her. Patricia has been extremely generous as she invested her strength, her studio and convinced all the manufacturers of her creations to donate pieces.

There have been a lot of inspirations. First of all, a great influence was being next to Sant Pau hospital, that is a masterpiece designed by architect Lluís Domènech i Montaner, then there was the actual history of these centres: in fact, Kālida Sant Pau is part of Maggie’s Centres, a network of hospitals created by Maggie Keswick, who felt the urge of making the English facilities more comfortable, placing importance also on nature and gardens. All of this led us to design a pavilion surrounded by greeneries, built with warm materials to make people feel at ease: there’s a lot of wood, ceramics, a lot of colour and a lot of nature.

What was the role of sustainability?

Sustainability has been fundamental. On the one hand, there’s the actual efficiency of the pavilion, where it has been possibile to benefit of a pre-existing geothermic system that was powering the hospital, on the other there’s the energetic sustainability of people who, being in a warm, fulfilling and quiet environment, somehow feel better. I’m not saying that it’s a medicine, but it’s really important.

Do you remember the first time you get in touch with Mutina? What did strike you the most about the company?

Patricia Urquiola introduced me to Mutina. I’ve been impressed by the high quality of their products and, especially, by the fact that they let creative people working and experimenting with materials, pushing them to the limit. The company is not afraid to take risks – there’s always a market risk behind this kind of research – and that’s why I admire it.

Have you been working on any new project recently?

We’re working on a beautiful project in China, in the centre of Shanghai. We’ve been asked to re-design a square: there will be special attractions, such as an experimental holographic theatre, but it will also be sustainable. We’re extremely happy to work in such a faraway city. We’ve been to many places in Europe, like Barcelona, Italy, Germany… but now it’s exciting being able to re-design a square in China.

I identify myself more as an architect, as a person who enjoys doing things. I feel really self-made. 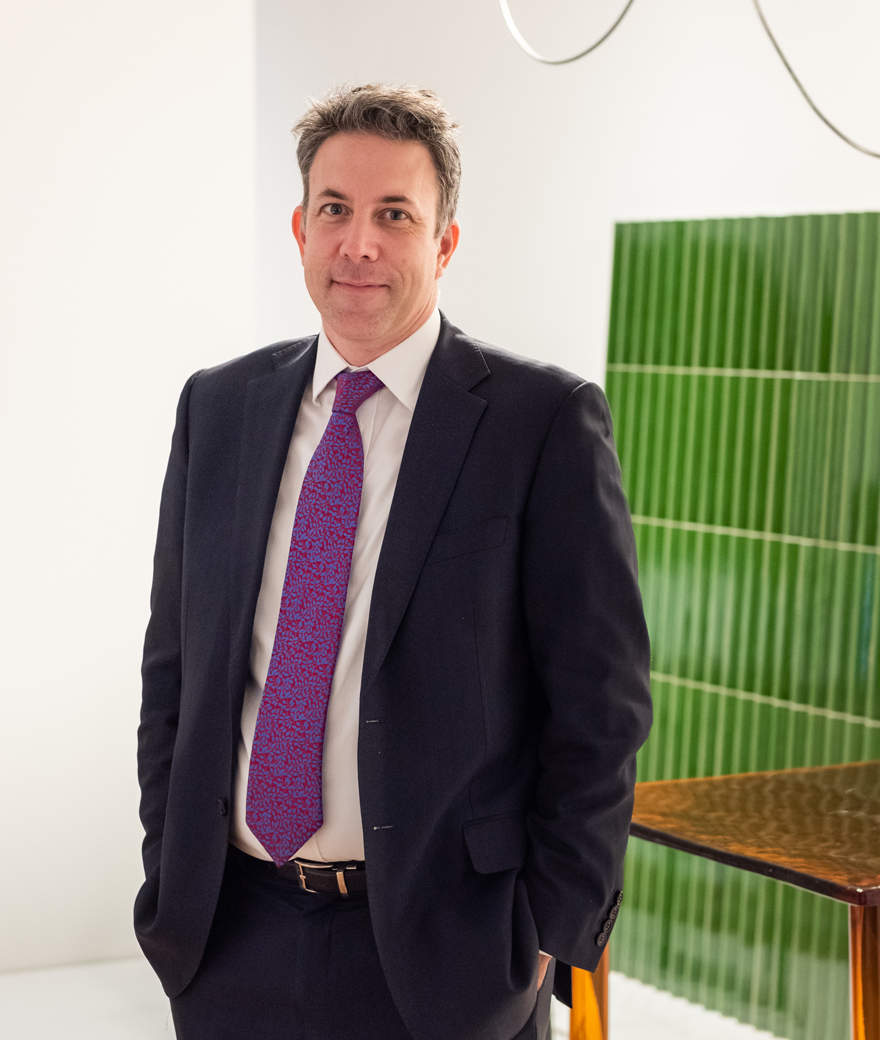 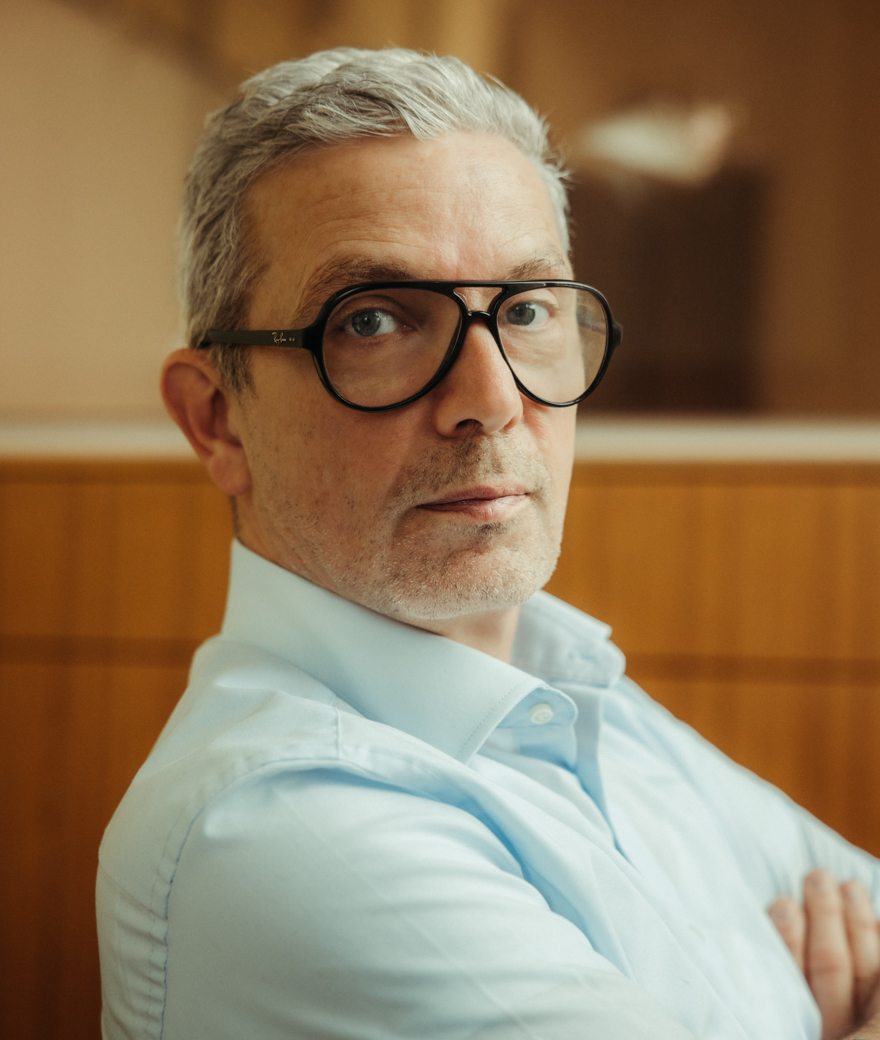 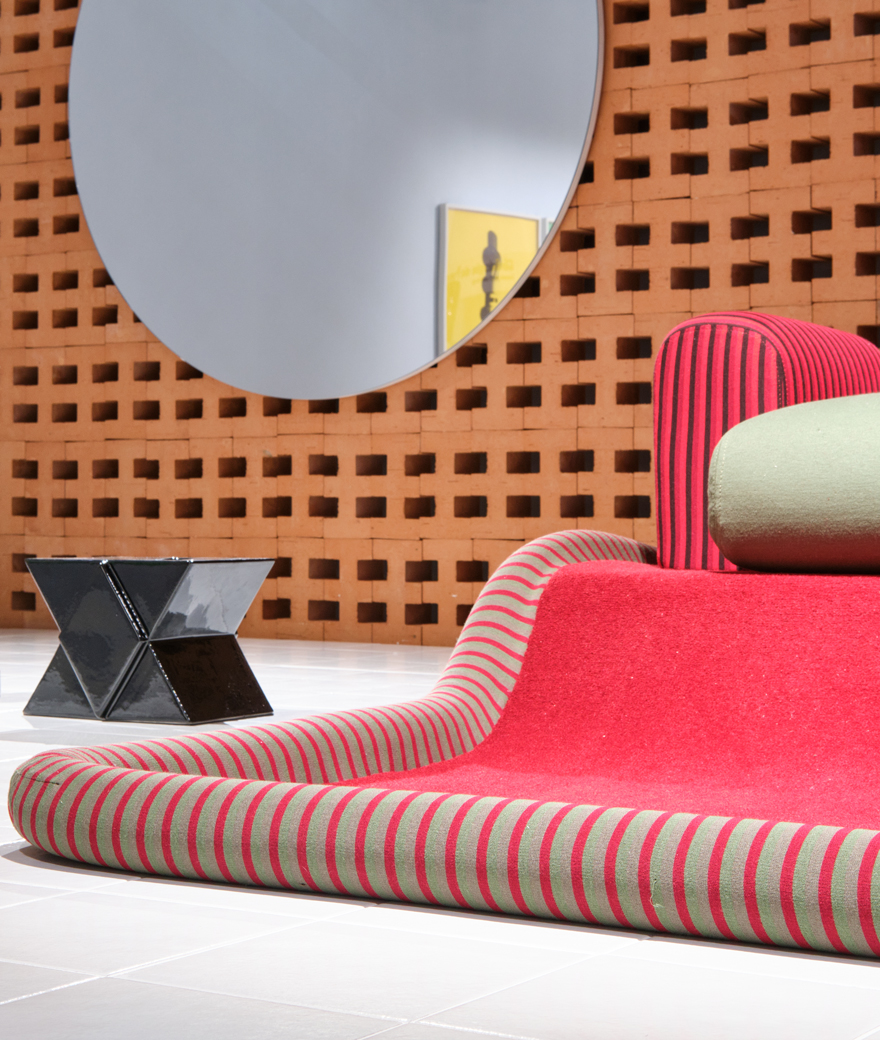 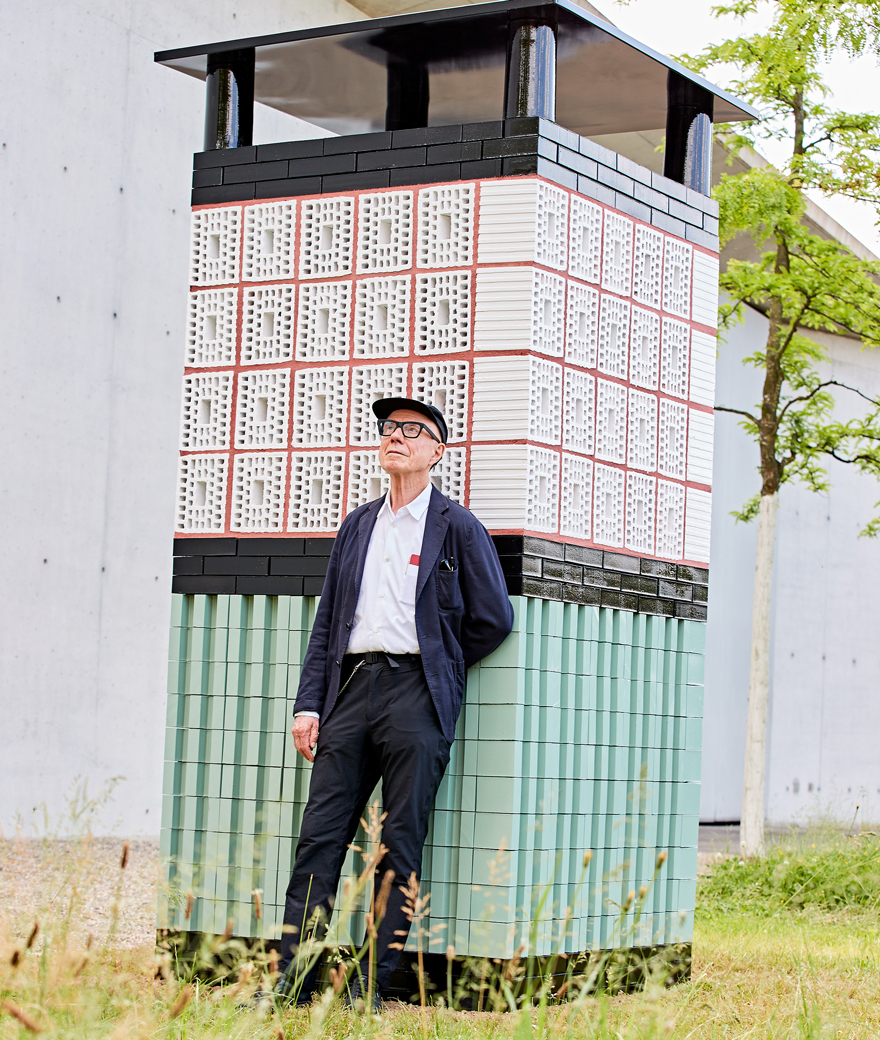 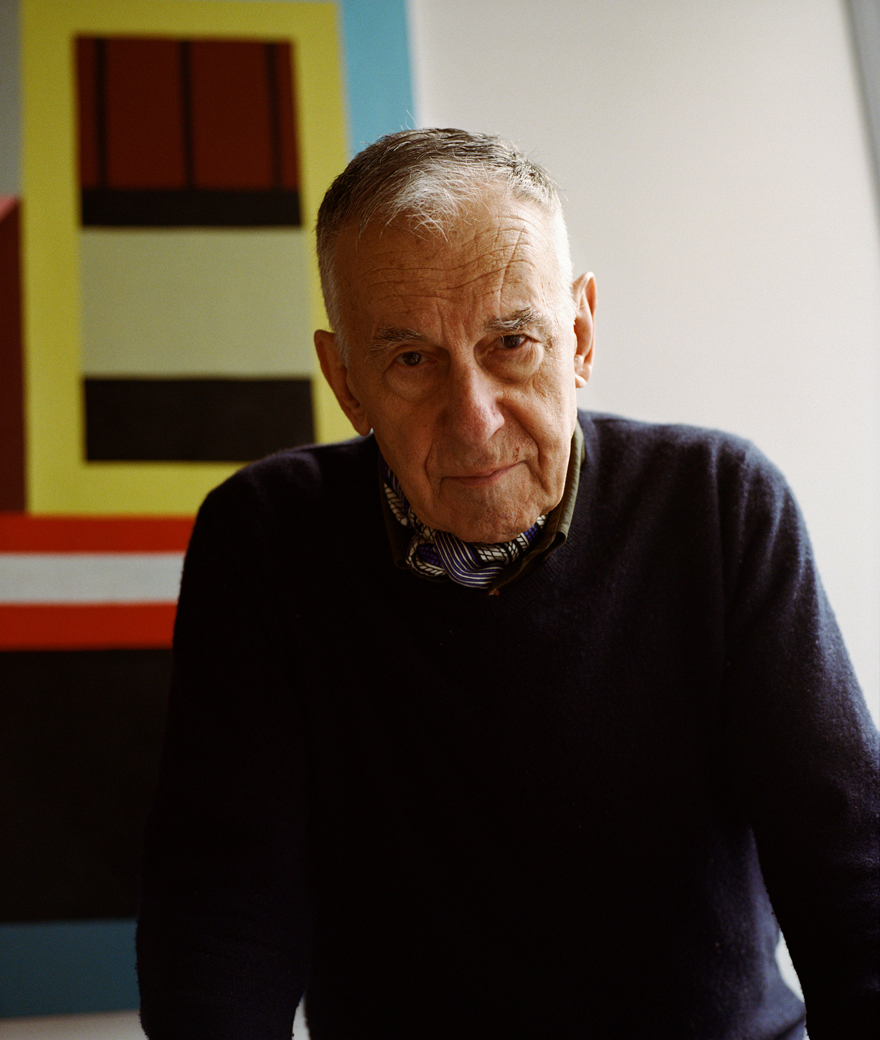 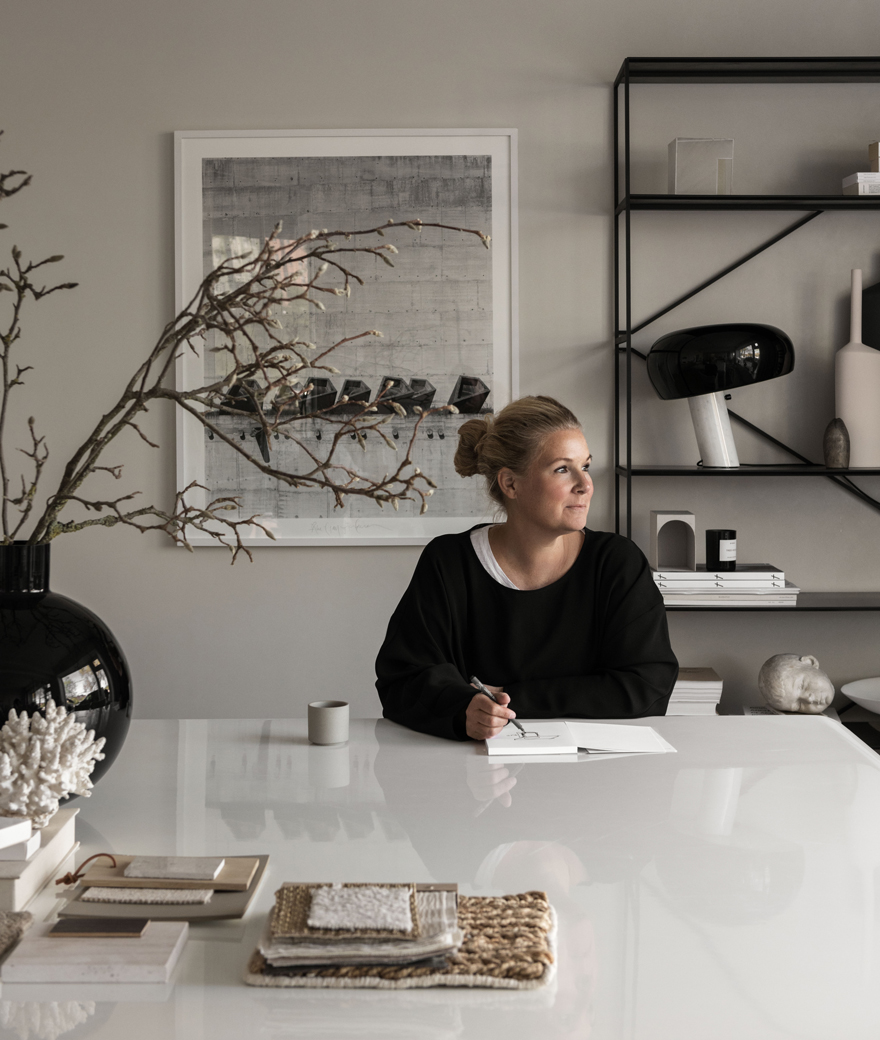